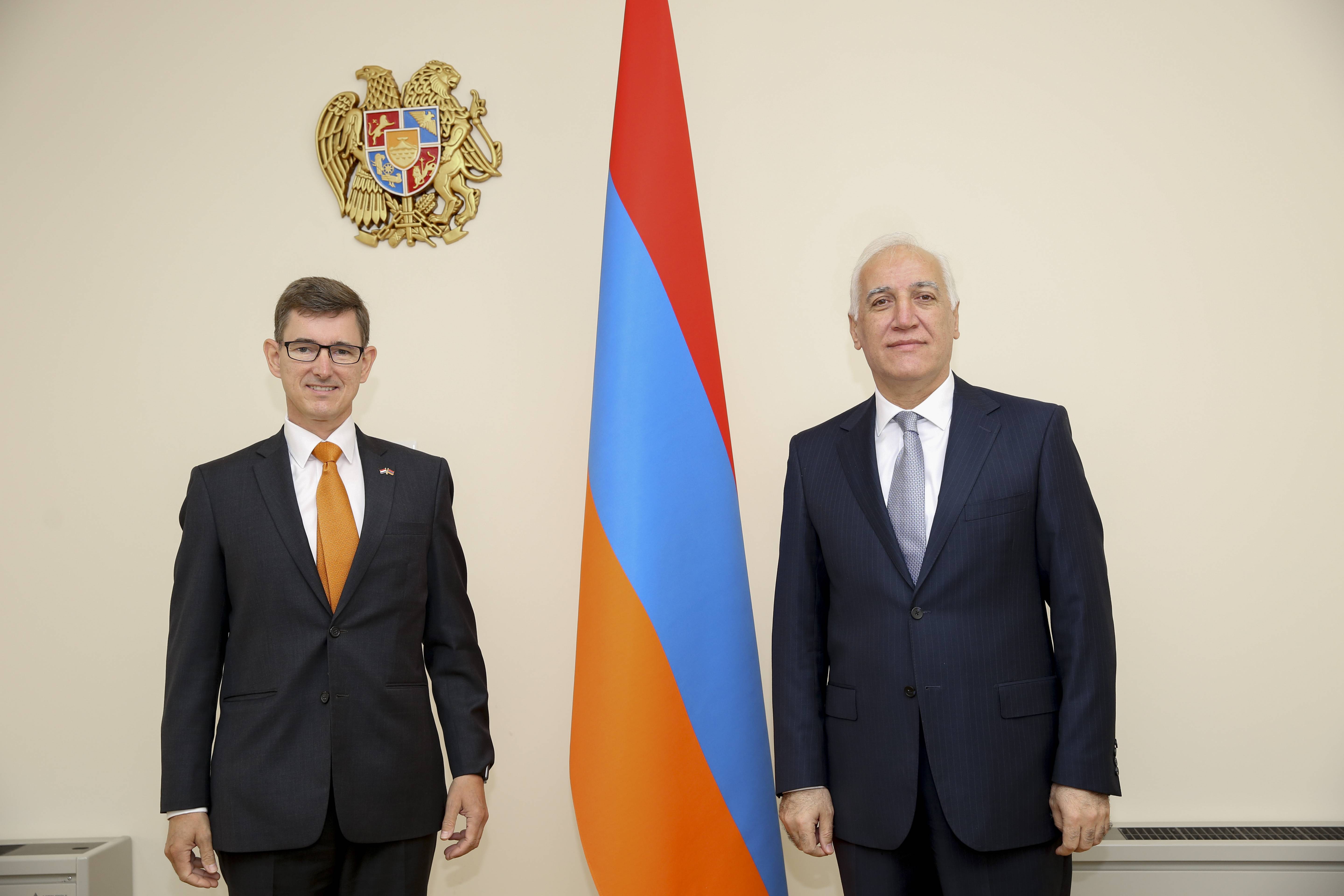 On 7 September, the Minister of High-Tech Industry of the Republic of Armenia Vahagn Khachaturyan received the Ambassador Extraordinary and Plenipotentiary of the Kingdom of the Netherlands to Armenia Nicholas Schermers.

The Minister greeted the Ambassador, presented the main functions of the Ministry, referred to Armenia's achievements in the technological sphere and the current challenges, the efforts of the Government aiming to put the economy on the solid basis  of high technologies.

Taking into account the exemplary success of the Netherlands in a number of areas, the Minister highlighted the opportunities for deepening cooperation, especially in the fields of digitalization, cyber security, e-governance.

Vahagn Khachaturyan underlined that the Ministry is currently working towards the digitalization standards and methodology, which will be applicable for the whole country in the future. The Minister also referred to the aproaches aiming to have a competitive personnel, steps in the direction of co-financing technological education and promoting the activities of startups.

Nicholas Schermers expressed his gratitude for the meeting, congratulated the Minister on assuming the new post and wished him success. The Ambassador emphasized the special attitude and approach that his country has towards Armenia, and expressed readiness to deepen the cooperation in the sphere of high technologies.

Nicholas Schermers noted that a number of companies are already interested in Armenia's IT sector and have a desire to work with the Armenian companies. The Ambassador stressed that Armenia can become an excellent place for implementing joint programs and making investments in this sphere.

During the meeting, the prospects of expanding cooperation in the above-mentioned directions were discussed. The parties emphasized the readiness to deepen the cooperation.