The delegation of the Republic of Armenia participated as an observer to the Nineteenth Meeting of the States Parties of the Convention on the Prohibition of the Use, Stockpiling, Production and Transfer of Anti-Personnel Mines and on their Destruction 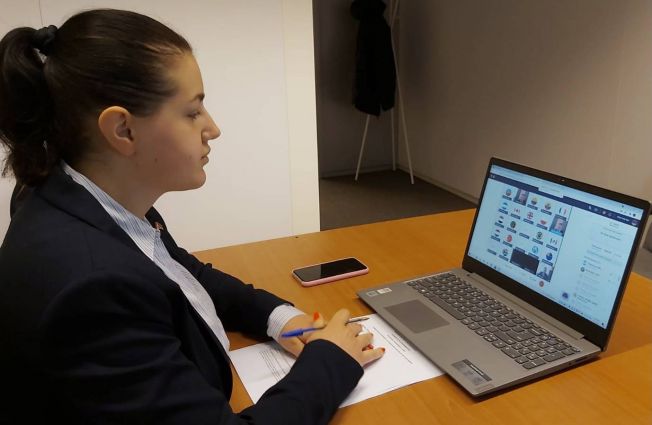 The delegation of the Republic of Armenia participated as an observer to the Nineteenth Meeting of the States Parties of the Convention on the Prohibition of the Use, Stockpiling, Production and Transfer of Anti-Personnel Mines and on their Destruction, taking place on 15-19 November in The Hague. During the meeting Viviana Kalaejian, member of the Armenian delegation, delivered remarks on the severe consequences of the use of mines and other ordinances of war by Azerbaijan in the consecutive wars that it has unleashed against Armenia and Nagorno-Karabakh since the beginning of 1990s, the new challenges posed by the aggression against Artsakh unleashed by Azerbaijan in 2020 and the Armenian approach to the issue.

Allow me to start by thanking for the opportunity to deliver remarks on this most pertinent issue. Armenia is among those countries that have enormously suffered from the use of mines ever since its independence, as Azerbaijan has extensively used mines and other ordinances of war in the consecutive wars that it has unleashed against Armenia and Nagorno-Karabakh since the beginning of 1990s. The challenge has been especially acute in Nagorno-Karabakh. By the UNDP estimates hundreds of civilian Armenians were killed, and hundreds more injured by mine explosions.

For decades, Armenia strongly supported international efforts to remove landmines in Nagorno-Karabakh. For almost 30 years Azerbaijan consistently obstructed any demining activities in the Nagorno-Karabakh conflict zone, labelling them as illegal. Even the OSCE Office in Yerevan was closed following Azerbaijan’s baseless allegations about the Office’s engagement in demining activities.

The problem of landmines and explosive remnants of war was, of course, was aggravated by the recent war of Nagorno-Karabakh. The heavy bombardment conducted by Azerbaijani armed forces contaminated the territory of Nagorno-Karabakh with numerous unexploded ordinances of war. The Human Rights Watch and Amnesty international, in particular, confirmed the use of cluster munitions by Azerbaijan.

The Human Rights Watch concluded in particular (and I quote) “that Azerbaijan used munitions with wide-area effects, including fundamentally-inaccurate artillery rockets, and that the strikes may be indiscriminate and therefore unlawful.” Human Rights Watch was not able to identify any military equipment or bases in the neighborhoods where the attacks took place.

HALO Trust reported that “rockets and cluster munitions have been found in civilian areas and the usually clean and peaceful streets are pitted with bomb craters, burnt out cars and shelled buildings.”

The Washington Post reported that more than 30 unexploded M095 submunitions were cleared and destroyed from a single home alone in an Armenian populated village in Nagorno-Karabakh.

The war unleashed by Azerbaijan caused enormous damage and highly raised the need of clearing mines and unexploded ordinances. We would like to use this opportunity to extend our gratitude to the Russian peacekeeping contingent for their valuable contribution to the demining efforts on the territory of Nagorno-Karabakh, where so far, they have neutralized more than 26.000 explosives and cleared about 2.6 thousand hectares of land. This numbers speak volumes on the large extent of contamination.

Fully cognizant of the challenges emanating from the mines and explosive remnants of war, Armenia, as a gesture of goodwill, has provided Azerbaijan with the extensive maps of the minefields, even though it does not have any legal obligation to do so. Moreover, when on 27 September of this year the Council of Europe Parliamentary Assembly adopted a Resolution calling for Armenia to release all mine maps in its possession, Armenian delegation voted in favor of the Resolution, while the Azerbaijani delegation voted against it, probably because the said Resolution contained paragraphs criticizing the violation of human rights of Armenians committed by Azerbaijan during and after the recent war in Nagorno-Karabakh.

Armenia approaches the issue of landmines in good faith in order to promote the safety and well-being of the people in the region.