Gift of Armenia to Peace Palace 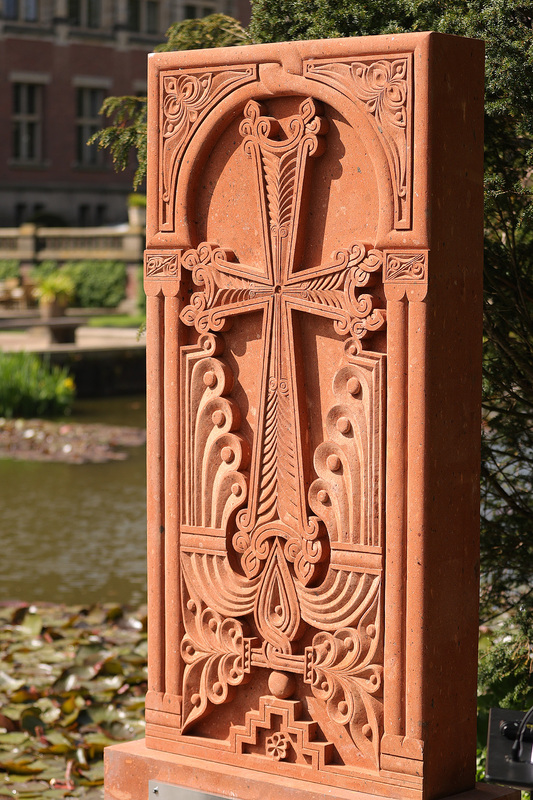 A cross-stone (Khachkar in Armenian) is an outdoor, vertically erected flat stele, which, when in situ, is positioned in relation to the four cardinal points of the world; the western side has an ornamentally carved cross, accompanied by vegetative-geometric motifs, with animals (particularly birds), and sometimes with carvings of people.

After Jesus Christ, the cross, which used to cause death in ancient times, became a means to defeat the death. Christ’s Crucifixion and Resurrection, converted the cross into an instrument of peace, love, victory, and life.

The Armenian people install cross-stones both in Armenia and in those hospitable countries, where they happen to settle down due to the circumstances. Thus, the cross-stone becomes the symbol and message of love, solidarity, collaboration and peace in peoples’ lives.

Each time a new cross-stone is created and installed, the life-giving commandment of the Savior again sounds loudly for the entire mankind: “…ye love one another; as I have loved you, that ye also love one another” (John 13:34), and “Peace I leave with you, my peace I give unto you” (John 14:27)

The copy of the Cross-Stone is carved by sculptor Tigran Bagamyan.